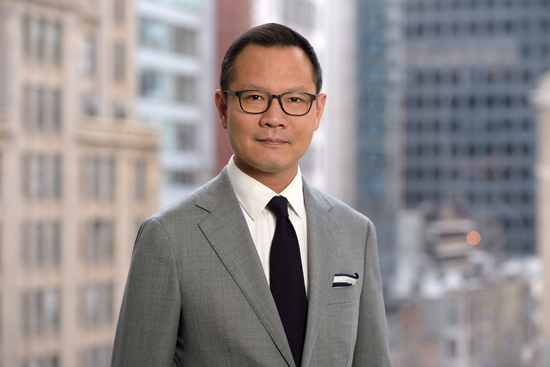 Dennis WH Kwok is an internationally acclaimed and award-winning lawyer, recognised for his contribution to the rule of law. He was a pro-democratic lawmaker in Hong Kong for 8 years, elected as the sole representative of legal profession in the Hong Kong legislature first in 2012, and then in 2016 with 69% majority of the votes.

Dennis has practiced law with a focus in the Asia Pacific Region for more than 20 years. He started his legal career with the international firm Herbert Smith and went on to develop his practice as a barrister in Hong Kong in 2006. He represents international businesses in complex litigation and arbitration, and advises on cross-border commercial transactions involving the People’s Republic of China and Hong Kong. Together with local counsel, he has worked on numerous matters involving China and in the Asia Pacific region including Singapore, Japan, Taiwan, Thailand, South Korea and the Philippines. With his experience in frontline politics and various public offices, he helps to give clients a deep understanding of the domestic and geopolitical issues in the China region, where political and legal developments are heavily intertwined.

Aside from his legal career, Dennis is a Senior Fellow at the Harvard Kennedy School. He is appointed as a Distinguished Scholar at the Georgetown University, School of Foreign Service. He is also a visiting Associate Professor at the University of Tokyo, and a visiting Lecturer at Northeastern University.

Dennis is qualified in England & Wales and Hong Kong. He is fluent in Chinese and English.

In addition, Dennis is registered as a legal consultant (admitted to the practice of law in Hong Kong) pursuant to the laws and regulations in the State of New York.

WSJ op-ed on the US China Audit Deal

WSJ op-ed examining the risks of investments in China given the current political and regulatory environment, and the need for ESG compliance